The second Gameforge company internal Game Jam is over. It was awesome! 49 hours of awesomeness! Every single participant was awesome! But my team members are the best! 🙂 Haven’t got so much fun in a while.

The topic of the game jam was “Light and shadow” and we used unity3d to create a small puzzle game. Here’s the story: You are the invisible player, who is the landlord of a huge castle. Your only tenant is a vampire, who has the unfortunate habit to sleepwalk in a search of his noon snack. The way to the fridge is, however, dangerous at noon, since the light is generously spreading through the huge room windows. Luckily enough, you have those fancy “poltergeist” powers and can move some loose objects in the room to block the spreading light and protect your friendly tenant. But be extremely careful, because your tenant is very sensitive in his sleepwalk, so even the weak luminance from the room lights can harm him.

Here’s the link to the submitted version of the Jampire game: Jampire . And to play, you just have to know, that the game was originally designed to be played on a mobile device with touch screen. So if you want to be able to move the objects around, then you have to position your mouse close to the object you wanna move and keep the mouse pressed for like a second until the object turns green. Then drag the heavy thing where it will be useful. Scrolling the game screen down or up is very easy with short click and fast drag in the wanted direction (up or down).

The most difficult part of an awesome game jam is getting back to reality afterwards.. It’s kinda strange to accept, that your problems are more like searching for a toilet paper roll left on Sunday night in Germany, rather than strangely flying cupboards, unwanted teleportation of vampires or not enough time to build the on-off switch of the Dracula’s fridge light .. Damn it..

An image is worth thousand of words: 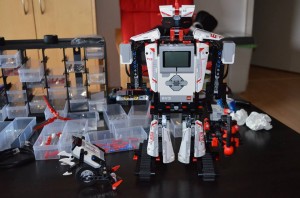 And, of course, the blissful (and totally disoriented) first steps of my new friend Ev3n: